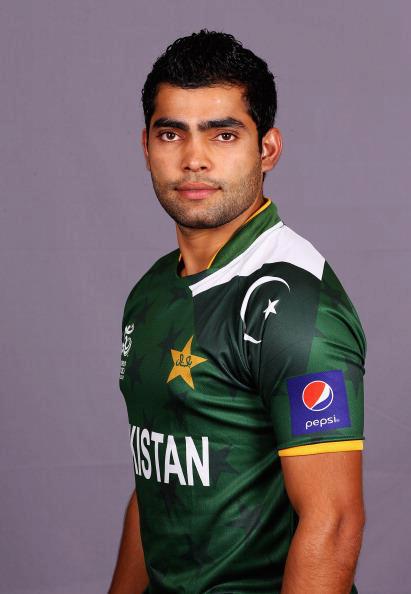 Umar represented Pakistan in the 2008 U/19 Cricket World Cup in Malaysia. After his success at the U-19 level he earned himself a first class contract and played the 2007–08 season of the Quaid-i-Azam Trophy, representing the Sui Southern Gas team. He is considered a future asset for Pakistan cricket. He is an aggressive style cricketer. In only his sixth first class match he smashed 248 off just 225 deliveries, including four sixes. He followed that up with an unbeaten 186 in his 8th first class match, off just 170 balls. He fared less well in his second season of first class cricket, with a string of low scores batting at number 3.

Umar made his Test debut against New Zealand at Dunedin on 23 November 2009. On the third day of his debut test, Umar Akmal hit 129 runs from 160 balls becoming only the second Pakistani to score a hundred on debut away from home after Fawad Alam. This feat also made him the first Pakistani batsman to score both his maiden Test and ODI century away from home, following his ODI century against Sri Lanka. The innings was noted as special due to Pakistan's tough position in the match and the hundred partnership which Akmal was involved in alongside his elder brother Kamran. He followed up the century in the first innings with a fifty in the second innings. In only his second Test match he was moved up the order to the crucial spot of number 3, where he struggled initially but managed to counter-attack the hostile bowling with his natural flair, making 46 before he was undone by an inswinger by Daryl Tuffey. In the second innings he was moved down the order to his usual batting spot of number 5 as captain Mohammed Yousuf chose to bat at number 3 himself, and Akmal looked his usual aggressive self throughout his innings of 52 which came off only 33 balls. He had his first failure in the first innings of the third test at Napier where he was caught in the gully for a duck but scored a rearguard 77 in the second, promoting him to the leading run scorer of the series. Akmal finished the tour with 400 runs at an average of 57.14. Umar Akmal's early success was briefly tarnished by a controversy during Pakistan's 2009–10 tour of Australia. It was widely reported that Umar had feigned an injury to protest the dropping of older brother Kamran for the final Test match against Australia. Umar denied such rumors and played in the final match without his brother. He was later fined 2–3 million rupees by the PCB for breaching his contract and speaking to the media without approval.

In an interview, Umar said "My own dream is to one day play for Pakistan alongside Kamran Bhai (Brother) and I'm working hard to try and achieve that goal". Akmal was selected in Pakistan's squad for the One Day International Series against Sri Lanka in July/August 2009. He had missed out on the first ODI Umar made his debut in the second match of the series replacing Mohammad Yousuf in the middle order. In only his second career ODI Umar scored his maiden ODI fifty. Umar followed up his maiden fifty by scoring a century in the very next match. For this match winning effort he was awarded his first career Man of the Match award. His exploits in Sri Lanka earned him a place in Pakistan's champions trophy squad. He played two good innings. His 41 not out against West Indies was a match winning knock and landed him his second career Man of the Match award. His next big innings came in the semi final against New Zealand, where he scored a brisk 55 in a losing effort, before he was wrongly given out by umpire Simon Taufel, who later apologized. Despite the fact that Umar Akmal is not a wicket-keeper he kept wicket for Pakistan temporarily in the third ODI against England in 2010 from the 27th over onwards because his elder brother Kamran was being diagnosed for an injury to his finger. Umar Akmal scored 71 runs from 52 balls in his debut World Cup match and was named Man of the Match. In February 2012 Pakistan faced England in four ODIs. Pakistan's brittle batting meant the team management chose to play Umar as a wicket-keeper based on his batting, though his brother Adnan was considered the better 'keeper. The result of choosing the less accomplished glovesman was that in the first two matches Umar Akmal missed opportunities to dismiss Ravi Bopara and Alastair Cook early in their innings, and they respectively went on to score a half-century and a century.

Marin Draganja (born 13 May 1991) is a Croatian professional tennis player and competes mainly on t...

We are the largest PET collection network and recycling company in Pakistan. Blue Skies Recycling C...

We are deal in all kinds of Digital, Lab scales, we are holesaler and importer in Scales, Accessori...

Huawei Ascend Mate7 brings you the best of both worlds: a huge FHD screen on an ultra-slim metal bo...

Be a style leader with the ultra slim and feather light Lenovo S5000 tablet. This Android tablet co...