Sonakshi Sinha (born 2 June 1987) is an Indian actress who works in Bollywood. The daughter of actors Shatrughan and Poonam, she began her career in film as a costume designer.
Published Date : 1/23/2015
By :PK Mart

Sonakshi Sinha (born 2 June 1987) is an Indian actress who works in Bollywood. The daughter of actors Shatrughan and Poonam, she began her career in film as a costume designer. She made her acting debut as Salman Khan's leading lady in the highly successful action-drama Dabangg (2010), for which she won the Filmfare Award for Best Female Debut.

Sinha has played the romantic interest of the male protagonists in several top-grossing action-dramas, including Rowdy Rathore (2012), Son of Sardaar (2012), Dabangg 2 (2012) and Holiday: A Soldier Is Never Off Duty (2014), though she was criticised for taking up roles that offered her limited scope. She received critical praise for her portrayal of a woman suffering from tuberculosis in the romantic drama Lootera (2013), for which she was nominated for the Filmfare Award for Best Actress.

Sinha was born on 2 June 1987, to actors Shatrughan Sinha and Poonam Sinha. She is the youngest of three children with twin brothers, Luv Sinha and Kush Sinha. Sonakshi completed her schooling from Arya Vidya Mandir in Mumbai and graduated in Fashion Designing from Shreemati Nathibai Damodar Thackersey Women's University, Mumbai, Maharashtra, India.

She made her acting debut in the 2010 film Dabangg, in which she starred opposite Salman Khan. The film went on to become the highest grossing film of 2010, and ultimately emerged as an all-time blockbuster.Sinha had to lose 30 kg in preparation for the role as a village girl. Her performance was well received, with noted critic Taran Adarsh noting that "Sonakshi Sinha looks fresh, acts confidently and pairs off very well with Salman. Most importantly, she delivers the right expressions and is not overpowered by the galaxy of stars in the cast."

She featured as the cover girl of Indian edition of Maxim magazine for the month December 2010. Although Sinha had no film release in 2011, she won quite a few awards for her debut. This included the Filmfare Award as well as the IIFA Awards among many others.

Sinha had four releases in 2012, her first being Prabhu Deva's Rowdy Rathore, opposite Akshay Kumar. The film opened to mixed reviews from critics, although had a strong opening at the box office, collecting approx. INR150.6 million (US$2.4 million) on the first day and eventually becoming a blockbuster. However, critic Rajeev Masand criticized her ornamental role and wrote that Sinha " seems to exist in this film only to have her midriff repeatedly pinched by Akshay Kumar". Her next film, Shirish Kunder's Joker, also opposite Akshay Kumar proved to be a trade disaster at the box office, and received overwhelmingly negative reviews.

Her third film, Ashwni Dhir's Son of Sardar alongside Ajay Devgan was poorly received by the critics but proved to be an economic success. Critic Saibal CHatterjee from NDTV noted that Sinha merely,"endeavours to be pretty and dainty amid all the madness". Arbaaz Khan's Dabangg 2, the sequel to her immensely successful debut garnered little praise from critics, though proved to be a major financial success. Sinha also dubbed for the voice of Tooth in the Hindi version of Rise of the Guardians. As a result of the strong collections her films were gathering at the box office, she was recognised by ETC Business Awards, as the Highest Grossing actress of 2012.

Sinha's first film of 2013 was Vikramaditya Motwane's period romance-drama Lootera opposite Ranveer Singh. Despite the film receiving a lukewarm response at the box office, both the film and Sinha gathered praise,with Sinha's portrayal of Pakhi, a Bengali girl who is dying of tuberculosis, receiving universal acclaim from critics. Sarita Tanwar notes that "the star of the film is undoubtedly Sonakshi Sinha who gives a mature and refined performance. She lives the character body and soul." Raja Sen agrees, saying that "Sonakshi Sinha plays Pakhi beautifully, creating a character who is immaculately wide-eyed and possesses casual, yet unmistakable, grace. It is a performance that starts off dreamily soft and turns harder, and she does well-etched dialogue justice like few actresses can. There's a discernible vulnerability to Pakhi throughout the film, and Sinha brings out this fragility perfectly without ever overplaying it." Critics were also appreciative of Sinha and Singh's chemistry, with Taran Adarsh claiming that "Every frame of LOOTERA exudes sensuality, partly because the chemistry between the on-screen lovers – Ranveer and Sonakshi – is scorching. The fervor and passion the two actors emanate on screen, while living those characters, leaves you awe-struck."

Sinha appeared in Milan Luthria's crime romance film Once Upon ay Time in Mumbai Dobaara!, the sequel to Once Upon a Time in Mumbaai, in which she was paired with Akshay Kumar again, as well as Imran Khan.The movie was a commercial disappointment and critic Mohar Basu labelled her a "a chatterbox replete with idioticity which the director frames as naiveness." She then appeared in Tigmanshu Dhulia's Bullett Raja alongside Saif Ali Khan, a box-office flop. Her final release of the year was Prabhu Deva's R... Rajkumar opposite Shahid Kapoor. A moderate commercial success, the film and her performance received negative reviews. Taran Adarsh labelled her "repetitive" and noted that she needed to "reinvent herself".

In 2014, after providing her voice for the voice of Jewel in the Hindi-dubbed Rio 2, Sinha was seen in A.R. Murugadoss's action thriller Holiday: A Soldier Is Never Off Duty, a remake of the director's Tamil film Thuppakki. Starring opposite Akshay Kumar, Sinha appeared as a boxer. The film received mixed-to-positive reviews from critics and emerged as a box office hit. Jyoti Sharma Bawa said of Sinha's portrayal: "Sonakshi has nothing to do much in the film and overacts in places. For an actor who has already proved her mettle in the acting department, this definitely is a downer." Sinha appeared in a music video with Yo Yo Honey Singh entitled Superstar. In July, Sinha jointly bought a team in the 'World Kabaddi League'.

Her second release of 2014 was Prabhu Deva's Action Jackson with Ajay Devgn and Yami Gautam. She made her Kollywood debut opposite Rajnikanth in KS Ravikumar's Lingaa, her final release in 2014. She then appeared in Boney Kapoor's remake of Okkadu entitled Tevar (2015) alongside Arjun Kapoor. For the last of these, Rajeev Masand wrote, "Sonakshi Sinha, playing another simpering damsel in another South remake, once again has nothing to do. She appears content showing up for a few dance numbers, and waiting around for a man to save her."

Sonakshi Sinha is a professed animal lover, and she had posed for a PETA campaign advocating the adoption and sterilization of dogs and cats. 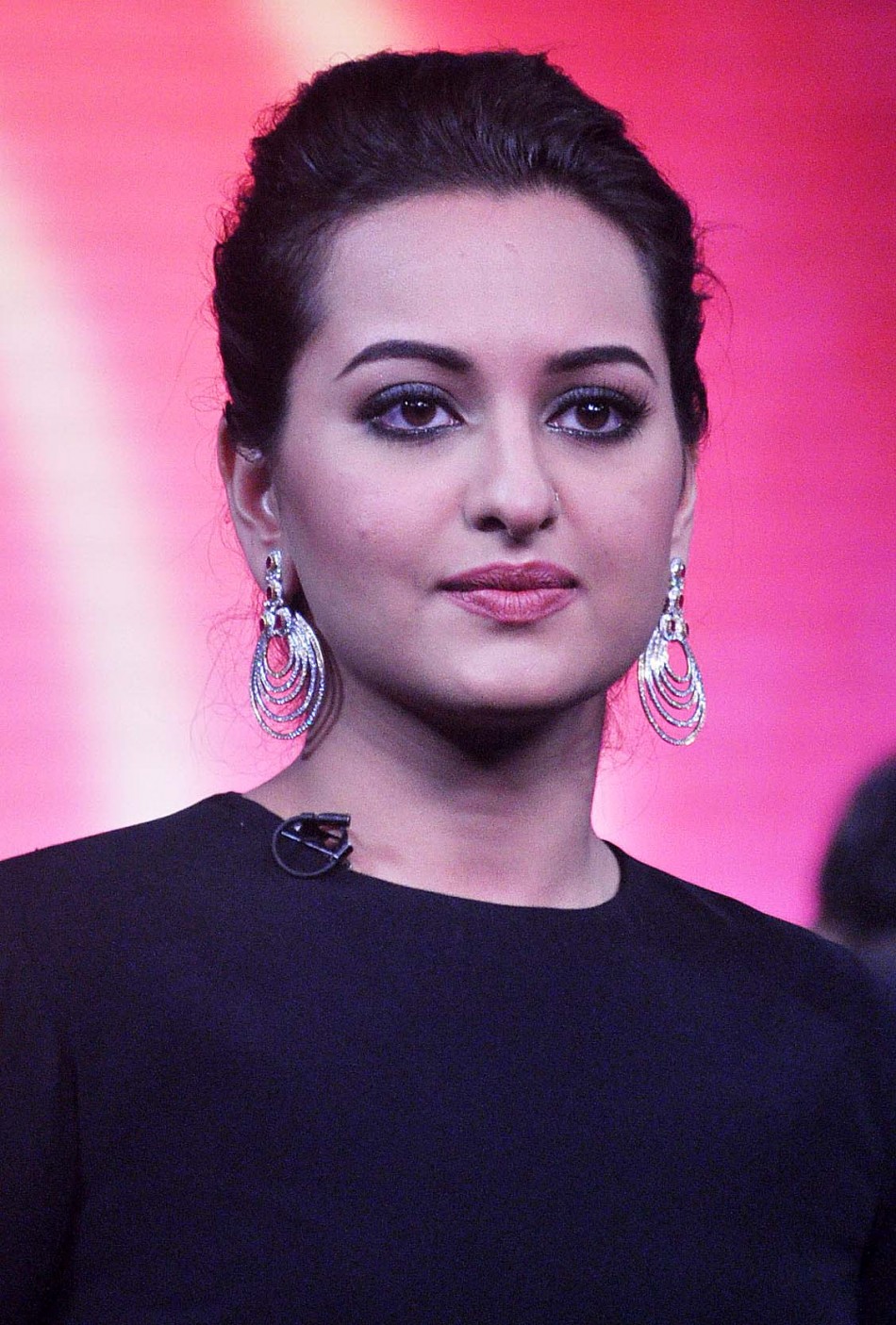 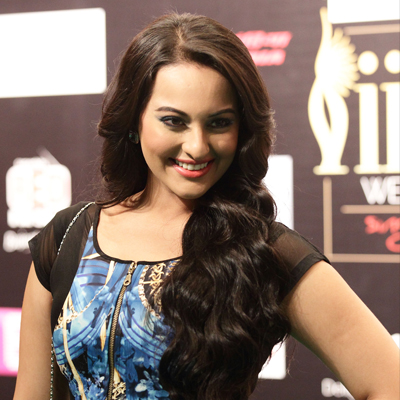 Anjuman is a Pakistani film actress. She was one of the most successful Punjabi film heroines of Pa...

Angeline Malik is a Pakistani director and actress.Malik won the Lux Style Awards in 2006 for best ...

get best,cool,new and stylish fb dp for girls.just rite click on dp and select save as option to sa...

Welcome to Physio fit. With a statement “live real life”. A life with natural balance of health & w...

We are in business of pabx , specially we deal DC telephone exchange from20+160 lines , repairing a...

Toblerone Cheesecake is an easiest yet delicious of all the cakes. It is filled with yummy ingredie...

Samsung LED Monitor Series 3 does all the work you need in just the right manner.Reliable, function...