Saba Qamar Zaman (born April 5, 1984) is a Pakistani model and actress. She has appeared in a variety of television dramas and advertisements.She has played best roles in Dastaan, Bunty I Love You,Pani Jaisa Piyar, Jo Chalay To Jaan Se Guzar Gaye, and Maat.
Published Date : 12/26/2014
By :PK Mart

Qamar was born into a Syed family in Karachi, Pakistan. Qamar first appeared in the television series Main Aurat Hoon. She won the PTV award for the best TV actress in both public and jury choice categories in the 16th Annual PTV awards on 23 July 2011. Her on-air dramas include Bunty I Love You on Hum TV, Baimaan Mohabbat and Sannata on ARY Digital and comedy series, Miss Fire on Geo Television in 2014. She is filming the serial Main Manto directed by Sarmad Sultan Khoosat and an untitled drama serial directed by Amina Khan opposite Mikaal Zulfiqar for Mastermind Productions. In 2012, Qamar appeared in Maat playing the role of Saman, an ambitious and arrogant girl, who wishes to be successful and rich in life.

Some notable modelling appearances by Saba 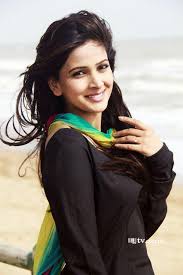 Good Market Researching for internet in china. Import Gift Items for Phrama Company and Other Compa...

A rich life is one that’s filled with meaningful moments and the GALAXY S 4 captures and shares tho...

Sajji Masala recipe by Zubaida Tariq. This delightful Ramadan Recipes recipe of Sajji Masala can be...