Robyn Rihanna Fenty (born February 20, 1988), known by her stage name Rihanna (/ri'æn?/ ree-an-?),[3][4] is a Barbadian singer, actress, and fashion designer. Born in Saint Michael, Barbados, her career began upon meeting record producer Evan Rogers in late 2003 through mutual friends; she recorded demo tapes with his guidance. Her tape was sent to several record labels, and she subsequently signed a contract with Def Jam Recordings after auditioning for its then-president, hip-hop producer and rapper Jay-Z. Both her debut album, Music of the Sun (2005) and its follow-up A Girl Like Me (2006) peaked in the top ten on the US Billboard 200; the former featured the commercially successful song "Pon de Replay" while the latter produced her first Billboard Hot 100 number-one single, "SOS". She rose to widespread prominence and became a household name with the release of her third studio album, Good Girl Gone Bad (2007), and its chart-topping lead single "Umbrella." The album and its 2008 Reloaded re-release were nominated for nine Grammy Awards, winning Best Rap/Sung Collaboration for "Umbrella". From 2009 to 2012, following a highly publicized altercation with then-boyfriend, entertainer Chris Brown, she annually released four Recording Industry Association of America (RIAA) platinum certified albums: Rated R (2009), Loud (2010), Talk That Talk (2011), and her first Billboard 200 number one album Unapologetic (2012). The same year, she appeared in her first theatrical feature film, Battleship.

Robyn Rihanna Fenty was born on February 20, 1988, in Saint Michael, Barbados. Her mother, Monica Braithwaite, is a retired accountant of Afro-Guyanese background, and her father, Ronald Fenty, is a warehouse supervisor of Barbadian and Irish descent Rihanna has two brothers, Rorrey and Rajad Fenty, and two half-sisters and a half-brother from her father's side, each born to different mothers from his previous relationships.She grew up in a three-bedroom bungalow in Bridgetown and sold clothes with her father in a stall on the street. Rihanna's childhood was deeply affected by her father's addiction to crack cocaine and alcohol. Her parents divorced when she was 14. Rihanna grew up listening to reggae music and began singing at around the age of seven She attended Charles F. Broome Memorial Primary School and Combermere High School, where she studied alongside future England cricketer Chris Jordan and formed a musical trio with two of her classmates.Rihanna was an army cadet in a sub-military programme; the singer-songwriter Shontelle was her drill sergeant.Although she initially wanted to graduate from high school, she chose to pursue a musical career instead.

In December 2003, Rihanna met vacationing music producer Evan Rogers through mutual friends in Barbados.Rogers heard about Rihanna's singing ability and asked her to come to his hotel room to audition for him, where she performed renditions of the songs "Emotion" and "Hero"This impressed Rogers, who then took Rihanna and her mother to his home in Connecticut to record some demo tapes. Rihanna was signed to Rogers' and Sturken's production company, Syndicated Rhythm Productions, which assigned her a lawyer and manager. In late 2004, her four-song demo tape was distributed to several labels, including Def Jam Recordings. Jay Brown, an A&R executive at Def Jam, came across Rihanna's demo and played it for then-president and CEO of Def Jam, rapper Jay-Z Despite being skeptical about Rihanna, Jay-Z invited her to audition for the label. In February 2005, she traveled to New York to audition for Jay-Z and industry executive L.A. Reid, performing Whitney Houston's version of "For the Love of You" and the original songs "Pon de Replay" and "The Last Time". To prevent her from potentially signing with another label, she was signed on the spot to a six-album record deal with Def Jam.

The singer's first fashion range, for Armani, became available in November 2011.[274] Rihanna's 2010 song "Skin" was used in the Armani Jeans and Emporio Armani Underwear adds. Her first television program, Styled to Rock, premiered in the UK in August 2012 on Sky Living. In the ten-week series, Rihanna, Nicola Roberts, Lysa Cooper, and Henry Holland assist up-and-coming British designers with their clothing line In February 2013, Rihanna presented her first women's spring fashion collection at London Fashion Week for British street fashion brand River Island, collaborating with her personal stylist Adam Selman. They published two more collections for the brand, a summer edition released on May 25, 2013 and an autumn edition released on September 10, 2013The fourth and last collection for River Island, the winter edition was released on November 7, 2013.[280] Meanwhile, the US version of Styled to Rock premiered on October 25, 2013 on Bravo.In December 2013, it was announced that Rihanna is set to be the new face of the forthcoming spring/summer 2014 campaign - due to appear in magazines from January - of the French fashion house Balmain On June 2, 2014, "will receive the Fashion Icon Award at the 2014 Council of Fashion Designers of America Fashion Awards" at the Lincoln Center's Alice Tully Hall...

In 2009, Rihanna claimed she was "effectively bankrupt", due to gross mismanagement from accountancy firm, Berdon LLP. Rihanna was given the go ahead to buy a property priced between $7 and $7.5 million. The property was later sold for a $2 million loss. Her expenses also "doubled", during this time. Rihanna was also losing money from her \.[301] Forbes began reporting on Rihanna's earnings in 2012, calculating that she earned $53 million between May 2011 and May 2012, for her music, tour, and endorsements.\In 2013 Rihanna came in at number thirteen on the list with a total earning of $43 million due to endorsements such as vita coco.\Rihanna's total net-worth is an estimated $90 million.[305] On February 8, 2009, Rihanna's scheduled performance at the 51st Annual Grammy Awards was cancelled.[306] Reports surfaced that then-boyfriend, singer Chris Brown had beaten her. He was arrested on suspicion of making criminal threats.\On March 5, 2009, Brown was charged with assault and making criminal threats.[308] Due to a leaked photograph from the Los Angeles Police Department obtained by TMZ.com—which revealed that Rihanna had sustained visible injuries—an organization known as STOParazzi proposed "Rihanna's Law," which, if enacted, would "deter employees of law enforcement agencies from releasing photos or information that exploits crime victims."[309] Gil Kaufman of VH1 reported the "nonstop coverage of the Rihanna/Brown case has brought up a number of issues regarding the privacy of alleged victims of domestic violence, including the decision by almost all major news outlets to divulge the identity of the victim—which is not typically done in domestic-violence cases" and discussed the controversial distribution of the leaked photograph.\ Rihanna was subpoenaed to testify during a preliminary hearing in Los Angeles on June 22, 2009.\ On June 22, 2009, Brown pled guilty to felony assault. Brown received five years probation and was ordered to stay fifty yards (46 meters) away from Rihanna, unless at public events, which then would be reduced to ten yards (nine meters).\In February 2011, at the request of Brown's lawyer and with Rihanna's consent, Judge Patricia Schnegg modified with the restraining order to a "level one order," which allows the singers to appear at awards shows together in the future.\ 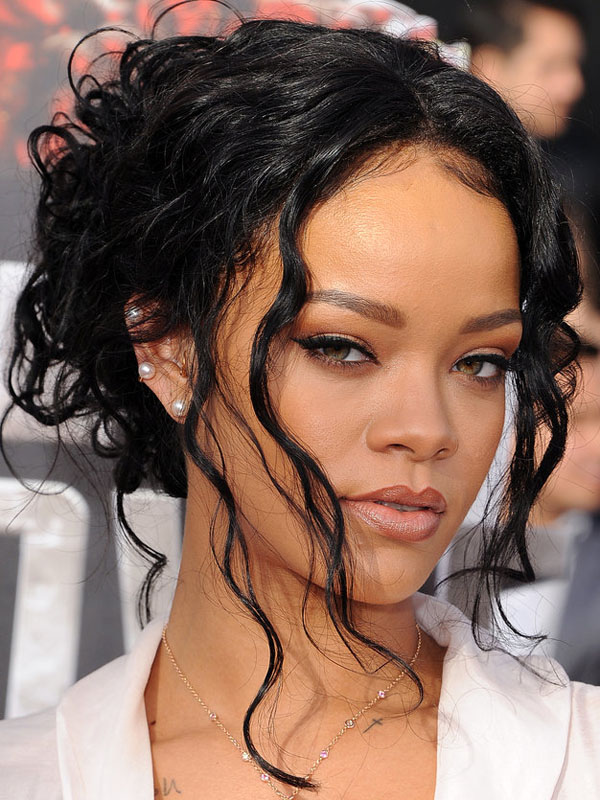 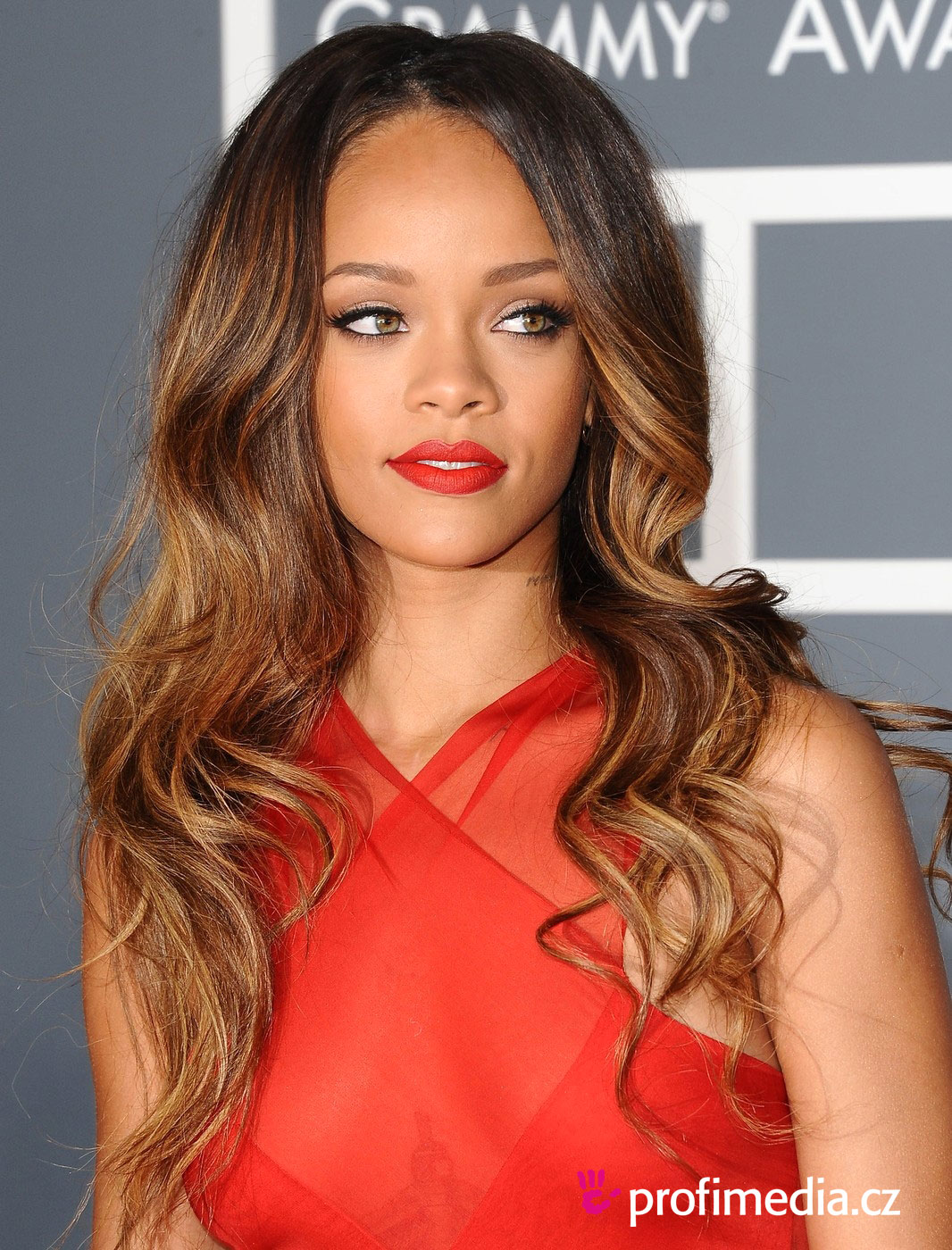 We are Sweater manufacturer in Pakistan.We can produce any kind of cotton,wool,acrylic and there bl...

We BRAVO IMPEX are the Manufacturer and Exporter of all kinds of Beauty Care and Jwellery Instrumen...

Dany Genius Tab T1000 is a 10 inches large and powerful Tab for everyone. Captur you most important...