Nejla Guvenc (born 1969 in Istanbul) is a Turkish fashion designer. After being in the business for many years, she launched her own label, NEJ,
Published Date : 2/12/2015
By :PK Mart

Nejla Guvenc (born 1969 in Istanbul) is a Turkish fashion designer. After being in the business for many years, she launched her own label, NEJ, in 2002, with the aim of turning it into a global brand. Her design house is called the NEJ Atelier. She uses organic fabrics, such as silk, linen, cotton and leather. Her eco-friendly collections has been launched in France, England, Sweden, Portugal, Denmark, Greece, Benelux, Israel and South Korea. She has been part of the design and production teams for brands such as Hugo Boss, Zapa, Rogan, Iro, Gloria Estelles, Pierre Cardin, Gap, Nike, Banana Republic, Zara and Massimo Dutti.

She took part in the Jimmy Key[clarification needed] project where young artists support a project for a brighter future for Turkey. All of the income garnered from the project was donated to the education association in Turkey. She also designed a backpack for the Eastpak Artist Studio to support the preschool education.

Güvenç was the first Turkish woman chosen[citation needed] for the ’10,000 Women Program’, a project funded by Goldman Sachs  and supported by a network of organizations and academic institutions. Güvenç and her brand, NEJ, have been chosen by ITKIB (Istanbul Textile and Apparel Exporters’ Associations) to represent Turkey around the world, and ITKIB also support the fairs and trade shows she attends. She is the vice president of MTD (The Turkish Fashion Designers’ Association). She won 'The Corporate Social Responsibility Programme of the Year in Europe Award' under the International Business Awards by the Stevie Business Awards. She has been chosen to represent Turkey in the “Hope Couture” fashion event, an haute couture event which specifically encourages collaboration between international fashion designers and manufacturers. This event is organized by the United Cultures Organization, an organization that aims to bring the cultures and communities of the world closer together through fashion and art. 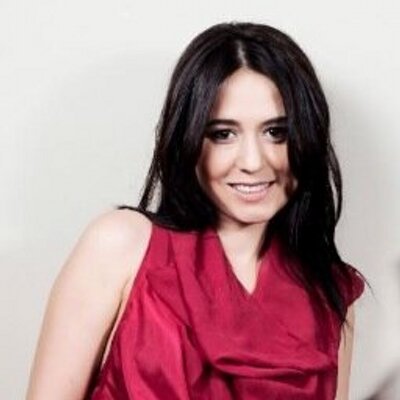 ericaamerica is an Australian Menswear label started by Erica Wardle and Lucas Bowers in 2001. eric...

Xymena Zaniewska-Chwedczuk (born in Poznan on July 4, 1924) is a Polish scenographer, architect, fa...

Lloyd Klein is a French couturier born in Canada. His fashion label is Lloyd Klein Couture....

G3 is an engineering and management consulting firm based in Pakistan having its head office in Lah...

It is now 20 years + when NATIONAL WATER ENGINEERING, a Private Limited company came into existence...

This mouth-watering "Side Dishes" recipe for Corn And Mushroom Sabzi can be prepared in 30 minutes ...