Martin Margiela (born April 9, 1957 in Genk, Belgium) is a Belgian fashion designer. He graduated from the Royal Academy of Fine Arts (Antwerp) in 1979, a year before the Avant-garde fashion collective the Antwerp Six.
Published Date : 2/7/2015
By :PK Mart

Martin Margiela (born April 9, 1957 in Genk, Belgium) is a Belgian fashion designer. He graduated from the Royal Academy of Fine Arts (Antwerp) in 1979, a year before the Avant-garde fashion collective the Antwerp Six.

After graduation he worked as a freelance designer for five years. Between 1985 and 1987 he worked for Jean Paul Gaultier, before showing his first collection under his own label, which he started with his business partner Jenny Meirens in 1989.Between 1997 to 2003 he was the creative director of the Hermès women's line. During the 1980s, the Japanese avantgardists, with Rei Kawakubo—creator of the label Comme des Garçons—had turned the fashion scene upside-down with their eccentric and ground-breaking designs. Martin Margiela and the Antwerp Six would carry on the work, revolting against the luxurious fashion world with garments of oversized proportions such as long arms, and with linings, seams and hems on the outside. The concept of deconstruction (also embraced by Kawakubo) is important for the understanding of Margiela's fashion statement. Margiela famously redesigns by hand objects such as old wigs, canvases and silk scarves into couture garments. Throughout his career, Margiela has maintained a low personal profile. He has never had his picture taken and remains backstage after his shows. All media contact is dealt with via fax. Maison Martin Margiela's ultradiscreet trademark consists of a piece of cloth with the numbers 0-23. The badge is attached to the inside with four small, white, pick stitches, exposed to the outside on unlined garments. For the 20th anniversary the anonymous tag was replaced by a classic logotype. Margiela's brand was acquired by the OTB Group in 2002 and industry insiders were quoted as suggesting that Margiela may desire to leave due to creative differences, or simply, "A desire to enjoy his life outside the insistent glare of the fashion world." A 2008 article from the New York Times gave many in the fashion world their first glimpse of Margiela's face, as well as breaking the news that he allegedly offered to hand the reins of his company over to Raf Simons, who appears to have declined the offer.Haider Ackermann was later offered the position as creative director, but similarly turned it down. 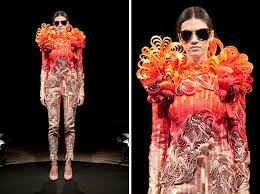 Yuliya Polishchuk is a London-based fashion designer, born in Ukraine. Her signature is evident in ...

We deal in all kind of Sanitary products including Pipes, Ceramics, Motors, Abshar Casing Pipes etc...

INTRODUCTION OF AD CHANNEL Outdoor Advertising and printing Solution Company We are pleased to i...

Nothing less than the best will do for a secret agent on a mission. And Xperia T has the best of ev...