Anne Elisabeth Jane "Liz" Claiborne (March 31, 1929 – June 26, 2007) was a Belgian-born American fashion designer and entrepreneur. Claiborne is best known for co-founding Liz Claiborne Inc., which in 1986 became the first company founded by a woman to make the Fortune 500 list. Claiborne was the first woman to become chair and CEO of a Fortune 500 company.

Claiborne was born in Brussels to American parents. She came from a prominent Louisiana family with an ancestor, William C. C. Claiborne who served a term as Governor of Louisiana during the War of 1812. In 1939, at the start of World War II, the family returned to New Orlean She attended St. Timothy's, a boarding school then in Catonsville, Maryland, and currently in Stevenson, Maryland. Rather than finishing high school, she went to Europe to study art in the studios of painters. Her father did not believe that she needed an education, so she studied art informally.[ In 1949, she won the Jacques Heim National Design Contest (sponsored by Harper's Bazaar),[citation needed] and then moved to Manhattan where she worked for years in the Garment District on Seventh Avenue,[as a sketch artist at the sportswear house, Tina Leser. She worked as a designer for Dan Keller and Youth Group IncClaiborne had a short-lived marriage before marrying Arthur Ortenberg (d. 2014) in 1957. She had a son from her first marriage and two stepchildren from her second.

Claiborne became frustrated by the failure of the companies that employed her, to provide clothes for working women and, with Art Ortenberg, Leonard Boxer, and Jerome Chazen, launched her own design company, Liz Claiborne Inc., in 1976.It was an immediate success, with sales of $2 million in 1976 and $23 million in 1978. By 1988, it had acquired one-third of the American women's upscale sportswear market.[3] Marketing strategies she developed changed the nature of retail stores forever. Insisting that her line of clothing be displayed separately, as a department to itself and including all of the items she offered. This was the first time customers were able to select many types of clothing articles by brand name alone in one location of a department store. That tradition for the grouping of special brands has become the typical arrangement for name brands in contemporary stores. In 1980, Liz Claiborne Accessories was founded through employee Nina McLemore (who decades later would launch a label of her own, in 2001)Liz Claiborne Inc. went public in 1981 and made the Fortune 500 list in 1986 with retail sales of $1.2 billion. 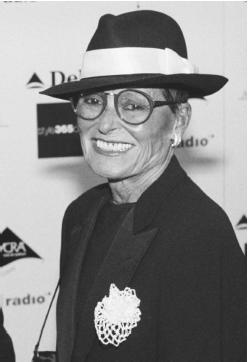 Our company work for all kind of HVAC works...

Brand Distributors has many different distribution companies working in collaboration in an effort ...

Get your hands on a versatile 15" laptop packed with entertainment features that deliver an outstan...