Josie Natori, OLD (born Josefina Almeda Cruz) is an American fashion designer and the CEO and founder of The Natori Company. Natori served as a commissioner on the White House Conference on Small Business
Published Date : 2/7/2015
By :PK Mart

Josie Natori, OLD (born Josefina Almeda Cruz) is an American fashion designer and the CEO and founder of The Natori Company. Natori served as a commissioner on the White House Conference on Small Business. In March 2007 she was awarded the Order of Lakandula, one of the highest civilian awards in the Philippines.  In April, 2007, Natori received the "Peopling of America" Award from the Statue of Liberty - Ellis Island Foundation.

Josefina Almeda Cruz was born in the Philippines in 1947. Her mother is Angelita Almeda, the sister of Fredesvinda Almeda. Both married construction magnates. Her mother married her father, Felipe Cruz, whose namesake company remains one of the largest in the industry. Meanwhile, her aunt married their classmate David Consunji, who has since diversified into coal mines and whose wealth has reached Forbes billionaire ranking status. She was raised in a close-knit Filipino family, as one of six siblings. Her first love was the piano, and she performed solo with the Manila Philharmonic Orchestra at the age of nine Josie, as she is affectionately called, remains true to her humble upbringing even while being born of a clan with immense financial resources: she and her siblings continue to call their parents "nanay" and/or "tatay" which is how the poorest of Filipinos call their parents with reverence and respect--- as opposed to the more elitist Spanish term, "Mamá" and "Papá." Natori moved to the United States in 1964 to attend Manhattanville College. After graduating, she worked at Merrill Lynch, where she rose the ranks to become the first female Vice President in Investment Banking.  On Wall Street, she also met her husband Ken Natori, who served as a Managing Director of Shearson Lehman. The couple married in 1972. In 1974, Natori became a United States citizen

Professional career and the Natori Company:

Natori made the move from Wall Street to fashion full-time in 1977, after considering a number of other entrepreuneurial ventures from opening a McDonald's franchise, to reproducing antique furniture.  She settled on fashion after a buyer at Bloomingdale's suggested she lengthen some peasant blouses sent to her from her native Philippines. The reworen garments were sold as nightshirts. The Natori Company now sells lingerie, sleepwear, loungewear, underwear and other high-end women's fashion to upscale department stores in the US, and to at least 15 countries internationally.[6] In addition to women's clothing, the company is also in the home furnishings industry, and in May, 2008 signed a licensing deal to sell Natori perfume.  The perfume debuted in the US in September, 2009, with international distribution to follow. Natori also launched towel and eyewear lines in the Fall of 2009 as well. At present, her evening robes and bathrobes, both in silk and cotton, are sought after by women in the Philippines--- primarily because of quality and secondly as a badge of pride for the icon that she has become.

The Natori x Target collaboration—which is themed "East Meets West"—will be Target's first limited-edition lingerie and loungewear collection. Natori's first installment will be available on October 30, 2011 to December 22. The second installment of Asia-inspired silk underwear and other items will be available on News Year Day 2012 until February. The collection consists of 37 pieces, including bras, panties, robes, knits, leggings, cam is and chemises with prices ranging from $9.99 to $34.99. 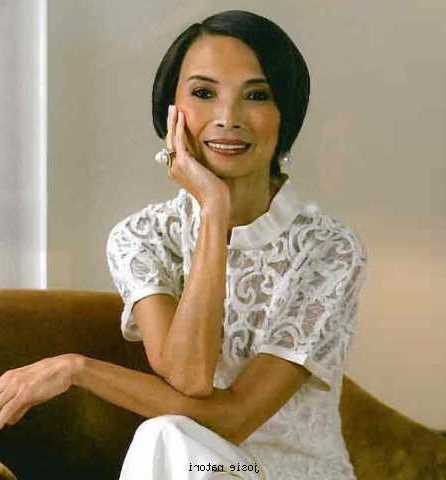 Charles Allen one of five sons of James Allen, was born in 1955 and brought up in London, on Isling...

Alexandre Birman (born October 1, 1976) is Brazilian footwear designer and founder of his self-titl...

Myers Enterprises (PVT.) Ltd., is a family based company. Its board of directors consisting of four...

We are manufacturers and export of quality Instruments as under follwing: General Insts. E.N.T Ins...

Beyond Vision is an offshore software development and E-business development company. Services offe...

asey Dellacqua (born 11 February 1985) is an Australian professional tennis player of Italian and I...