In 1974 he opened his first men’s fashion store and in 1976 he presented his first men’s collection at the SEHM in Paris. From 1980 onwards he presented his women’s prêt-à-porter collections at the Cibeles fashion show in Madrid. In 1989 he showed at the Fashion Foundation in Tokyo, and in 1990 at La Cour Carrée at the Louvre in Paris. In 1992, Jesús del Pozo entered the world of perfume with «Duende», his first feminine fragrance, followed by «Quasar» (1994), «Esencia de Duende» (1996), «Halloween» (1997), «Quasar Adventure» (1999), «J. del Pozo In Black» (2005), «Halloween kiss» (2008) and «Ámbar» (2010). At the same time, between 1992 and 1994, he creates lingerie, jewellery and scarf collections. At the end of 1996 he presented «Moda Barcelona», his first bridal prêt-à-porter collection. The same year he began to industrially produce his women’s prêt-à-porter collections. In 1997 he launches a new brand, «J.D.P.», in Japan, together with Daimaru Inc, with a presence in five department stores. He designed uniforms like those worn by staff at the Spanish pavilion in the Seville Universal Exposition in 1992, as well as costumes for theatre, ballet and cinematic opera. Special mention should be given to his work as costume designer of Bizet’s Carmen (Madrid Royal Theatre, 1998–1999); the zarzuela El Juramento (Zarzuela Theatre, 2000), and the opera Farnace, by Vivaldi, for which he also did the set design. In 1999, he pushed for the creation of the Asociación Creadores de Moda de España, which he presided until December 2000. The year 2001 saw the creation of his new line for children «Jesús del Pozo Junior» and the fragrances «On él» and «On ella». In 2002 he presented a new line of tableware designed by him and made by VistaAlegre. The following year he created the Jesús del Pozo Foundation, and from 2004 onwards he organized the «Course for Professional Expertise in Fashion Design: Business Internship» 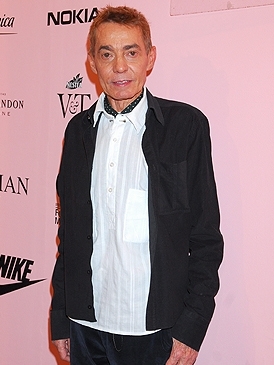 Lloyd Klein is a French couturier born in Canada. His fashion label is Lloyd Klein Couture....

Werner Baldessarini (born 23 January 1945, in Kufstein in Tyrol) is an Austrian fashion designer an...

We at Foodex produce and export aseptic canned and frozen fruit pulp from Pakistan. Exceeding Custo...

A network is the basic structure that enables computers to share information. If you don't have a n...

As a fully established Telecommunication & Networking Solution Provider company, it gives us immens...

Bring peace of mind and style to your daily responsibilities. Whether you’re sending an email, shar...