Arij Fatima is a Pakistan tv actress, model, and the brand ambassador for Color Studio Professional and has what it takes to become a big name of our industry. Born on 7th November 1989, the second child and only daughter of Syed and Mehreen Jafri, came into this world mewling, perhaps impatient, for the soul within was overwhelmed with immensity of what had to be kept in yet. It would have to wait before great pressure could be released, of what was within seeking expression; an offering of light and love which was hard to contain. Yet there was no hint of the tornado that lay dormant within the tiny body, biding time to unleash vibrant floods upon the periphery of macro and microcosmic worlds. Many are born, and she was too, but she wouldn't be among the sleeping horde, she would make her own rules in life, the world would filter through to her on her own terms, she would see it as she wanted to see it, the limited and unenlightened confines of day and age couldn't hope to dictate limits to her boundlessness, neither would it acquiesce her submission nor would the dark hold strength to impede her joyful charge and no hindrance would be enough to break through her force of spirit. It is her like that change the world in the end. Used to seeing in blacks and whites, this dumbed down age may in misunderstanding her essence, suffer its own loss, testifying to flaws in collective interpreter intelligence. Ferociously beautiful, yet her wonderful humility is perhaps more striking. Immensely relatable, infinitely compassionate, but absolutely not a pushover, as discovered to the woe of many and many yet who will undoubtedly try to. Gentleness shouldn't be taken as her weakness lest a ruthlessness rouse up to correct miscalculation. The comfort of fire and earth in a hearth lead many to seek its warmth but that can change in an instant to torrential blizzard sufficient to freeze out the moronic solid. The simplicity on the surface belies immense indecipherable inner complexity. "What doesn't kill me, makes me stronger," Nietzsche noted, and the implacable reserve of strength, to rise up and forge an identity in a rigid clime hints of trials overcome, hard wins serving to temper forth an iron will. Fearless woman, who sees beauty and wonder in the world, even in the eye of the storm, nestled amongst the thorns, she sees the rose, its velvety softness, royal flush, exquisite scent, and has taken upon herself to assimilate its essence and distribute the sweet fragrance wherever and as far as it may go. She is the universe's natural gift to our world to counterbalance ugliness which has to be there to serve laws of duality. Where has she left to go? She has already shattered to pieces all expectations, assumptions, it is only to be seen with baited breath, but the sense is, her journey is just beginning. A beautiful woman she has grown to be.. born in a beautiful state of North Carolina. Arij has mananged in a year's time to come over all the challenges it takes to be part of the Pakistani media. Be it language, enviroment or just being in this field. In one year's time she has represented many brands, be it through commercials or print media. 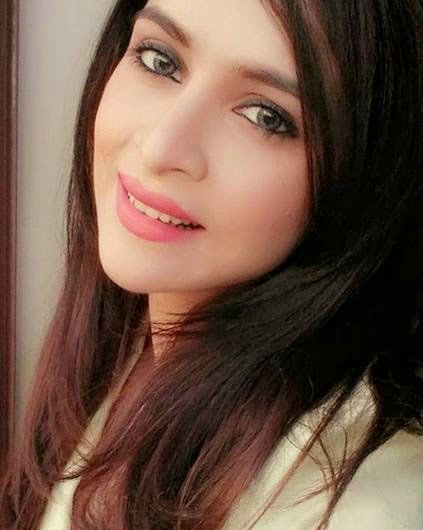 Reham Khan is a British Pakistani journalist and an anchor who hosts the current affairs talk show ...

Maria Wasti is a Pakistani film and television actress. Most of her roles in television serials po...

Hearty pasta chicken salad is so delish for lunch. You can enjoy this along with another dishes. Al...