Abigail Keats attended Dainfern College in her teen years.  Later she graduated top of her year from the SA London International School of fashion in 2007 and launched her first collection at Audi Fashion Week 2008 as part of the autumn/winter New Generation Designer show.  Since then she has also showed her collections at Joburg Fashion Week, Audi Fashion Week and Arise Africa Fashion week - AFI Keats has also been invited to showcase in New York, London and Miami, and has been selected as the "designer of the month" in South African Elle magazine (Elle Magazine, June 2008, Vol 13 No 3, Page 38) and the 'designer to watch' in Cosmopolitan magazine and 'featured designer' in life style magazine Ray.

April 2009, Miss FTV Grand Finale, finalists took to the stage and stunned audiences with elegant and fashionable designs created by well-known designers such as David Tlale, Abigail Keats, Earth Child and Heni.  June 2010, Keats was nameded by the Mail & Guardian newspaper as one of the top 200 Influential Young South Africans.  June 2010, Keats is selected by the South African Government to represent South Africa at the World Expo 2010 in Shanghai, China - A Grand Gathering of the World Cultures. 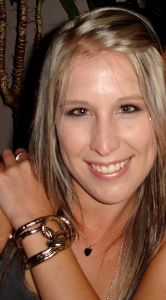 Amber Renae is an Australian fashion stylist, designer, television personality and model. She is wi...

Wilo SE in pakistan is one of world's leading manufacturers of pumps,air conditioning and cooling t...

Buffalo Chicken Bites is an awe-inspiring chicken side dish that can be finest for your parties. It...

Our inverter series enables you to run your air conditioner for longer hours while reducing electri...